Each month we send out a newsletter by e-mail to everyone who has subscribed. It is a light-hearted way of passing on useful information.

Features include Sneaky Beaky’s fun trivia that Google cannot help you with plus lifestyle tricks of the trade. We also pass on special offers and useful links. To get your copy every month simply sign up here Costa Difference weekly newsletter.

La vida BONITA means the beautiful life. Read every month what the residents are enjoying.

The only company in Spain to represent residential parks and nothing else.

The British Embassy in Madrid announced this week that the issue of exchanging driving licences from the UK to ES has now been agreed upon at all levels. All that remains is for the treaty to be signed into law.

The Consejo de Ministros now need to give their approval and publish the treaty into law in the BOE, the state bulletin. They meet weekly, but we have yet to determine when the treaty will be presented to them for approval.

Unlike in the UK, here in Spain, anyone wanting a driving licence needs to take a “psicotécnico” which is part of a short medical at an approved centre, before exchanging licences. The psicotécnico is part of the medical to check your eyesight, coordination and reactions.

The certificate issued following a simple medical is valid for three months, giving you plenty of time to exchange licences once the treaty has become law. If you pass the medical but fail the psicotécnico, do not worry, you can retake that section.

For Park La Posada residents, Maria, the translator, offers a service to assist residents with the exchange of licences.

Our “Price Alert” subscribers are, as always, notified first when a home goes on sale, and there are many subscribers. After getting the alert and watching the video, subscribers are on a first-come, first-served basis to reserve the home for 14 days allowing time to come to the park or make an informed decision based on the video.

After the price alert last week, a few subscribers commented on how quickly someone reserved the Pemberton Lucerne that was subject to a price alert. We, however, were not surprised because there are hundreds of subscribers, and many are waiting for the right home to go on the market.

After a visit to the park, people who love the park and lifestyle only need the right home to go on sale. With all five new plots reserved, it now requires a resale home that tics all the boxes to go on sale to become a resident.

With every home we market subject to an independent valuation, the only price accepted by the vendors following a price alert is the asking price. Waiting to put in an offer is now a thing of the past, thanks to the fact that we only market homes at genuine prices.

What are we? In no way magical, but we are as close to disappearing as you can get. Unlike the Giant Panda, there are no breeding centres worldwide because interbreeding would be the result if there were.

Clue 1) Once seen all over Asia, we are now down to less than 100 in numbers living in a national park on an island.

Clue 2) One reason we are so low in numbers is the demand for our body parts in Chinese medicine.

The answer was this; Javan Rhinoceros, aka Rhinoceros Sondaicus. There are now less than 150 on the southwestern tip of Java. The species have been driven to extinction due to a loss of natural habitat and the fact that their horns are sought after for Chinese medicine.

Now to this week’s Sneaky trivia question, a sneaky one :-).

What is my official title? This is not to be confused with rank. During the first world war, my title as the head of one of the UK’s military services came into being.
I have held the title for nearly one and a half years, and although there is no official term for the post, someone else usually takes over after two or three years. The longest anyone has held the post is just over seven and a half years.

If you think you know the answer, why not let us know by replying to this newsletter 🙂 We always credit the people who were first and second to send in the correct answer 🙂

We have always said that hiring a car and seeing the area and the park during a visit is a good idea. What needs to be “discovered” is how cheap hiring a car is this time of year.

Why not see for yourself? Using this link, “car hire Malaga Airport,” search for car hire starting Monday, the 13th of February and ending on Friday, the 17th of February. You will be amazed that you can hire a car for less than 25€ in total and a great selection of cars for less than 30€. 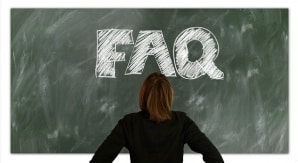 Why choose Spain to live 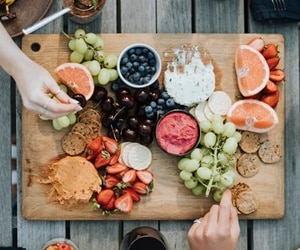 We chose the name Costa Difference for a reason back in 2005. Costa as in Costa del Sol. Difference because mobile home parks in Spain offer a different way of life.

Making a difference is all down to being passionate about what we do. We are also working with park owners who share our passion. The parks are, without a doubt, the best retirement parks that Spain has to offer.

Having chosen to represent residential parks only means we can specialise. Our service to clients is all about seeing residential parks and lifestyle.
So where does our service start? For sure it has started with you reading this and all the other information we have provided online. Do you now have some questions for us? If so, please feel free to contact us and ask them.

Once you like the idea of living in Spain, the next stage is to come on a visit.

On a short-dedicated visit will give you a golden opportunity to talk to residents. This is very useful because you will hear about their genuine experiences.

The Costa Difference way is very different. Our testimonials come from the residents themselves face to face. They have all gone through the same experiences. Started by asking questions, then came on a visit. After that, it is back to the UK with plenty to think about.

If you do the same and moving to Spain becomes your dream, then we are with you all the way.

There are many “Costa” companies on the internet selling everything to do with Spain. There is only ONE Costa Difference Mobile Homes in Spain. To find us again, why not bookmark this page. We are at your service.

Costa Difference Partnership is the only company in Spain, giving customers the chance to buy a custom-built UK style park home that is manufactured in Spain.

Clients can either choose a model designed by us and customise, or they can have a park home designed from scratch to their requirements.

The Windsor park home is an iconic model designed by Costa Difference Partnership. It is a two bedroom-two bathroom park home.

Costa Difference is more than park agents. Combined we help people retire to Spain to live in a park that is 5 star in terms of quality and facilities.

We are the only company in Spain specialising in residential retirement mobile home parks only.

By signing up for Price Alert you will be the first to know when a home has been added or reduced.

This is ideal if you are looking for that “special” home.

Admin only for parks in Spain

This website uses cookies to improve your experience while you navigate through the website. Out of these, the cookies that are categorized as necessary are stored on your browser as they are essential for the working of basic functionalities of the website. We also use third-party cookies that help us analyze and understand how you use this website. These cookies will be stored in your browser only with your consent. You also have the option to opt-out of these cookies. But opting out of some of these cookies may affect your browsing experience.
Necessary Always Enabled
Necessary cookies are absolutely essential for the website to function properly. These cookies ensure basic functionalities and security features of the website, anonymously.
Functional
Functional cookies help to perform certain functionalities like sharing the content of the website on social media platforms, collect feedbacks, and other third-party features.
Performance
Performance cookies are used to understand and analyze the key performance indexes of the website which helps in delivering a better user experience for the visitors.
Analytics
Analytical cookies are used to understand how visitors interact with the website. These cookies help provide information on metrics the number of visitors, bounce rate, traffic source, etc.
Advertisement
Advertisement cookies are used to provide visitors with relevant ads and marketing campaigns. These cookies track visitors across websites and collect information to provide customized ads.
Others
Other uncategorized cookies are those that are being analyzed and have not been classified into a category as yet.
SAVE & ACCEPT
error: Content is protected !!